The land around here is ancient. About 480 million years ago it was all under the sea. Then a couple of tectonic plates collided deep underground, squeezing everything like a vice.

I love the idea of sitting on the top of Tarrengower reading the story, as told by Justice B Nelson, and published by Culture Victoria, of two feuding volcanoes named Tarrengower and Lalgambook (Mount Franklin)

“A long, long time ago, long before anyone but the Traditional People walked our Country, our lands, rivers, mountains and animals alike, all had magical life. They had personalities, purpose, speech and they could think for themselves.

Tarrengower in the Dja Dja Wurrung means to be big and heavy and indeed he was just that; big, bold, wise and a very proud old volcano who had become very tired throwing out rocks and lava and preferred to sit humbly watching over the plains.

Another volcano called Lalgambook was a young, loud and cheeky volcano that started to challenge old Tarrengower’s wisdom and authority, and began grumbling and building up anger towards the old volcano. But Tarrengower, being the wise old volcano that he was, decided he should just try to ignore this cheeky little volcano.

Lalgambook grew even angrier that Tarrengower wasn’t acknowledging his threats and started to put on a display of smoke, ash and brimstone to impress the land and animals who were also watching, but this didn’t intimidate the wise old Tarrengower. Instead he just laughed at Lalgambook.

Lalgambook became so frustrated that he began to throw large rocks at Tarrengower who grumbled with annoyance at this cheeky volcano and Tarrengower now began to taunt young Lalgambook by telling him he wasn’t very strong at all because the rocks couldn’t reach him.

Lalgambook exploded with great fury, spurting out lava and smoke high into the sky and hurled gart gart in Tarrengower’s direction, but still could not reach him. This caused Lalgambook to completely blow his core!

Tarrengower’s anger eased and he just grumbled at this cheeky little volcano who was now just coughing and spluttering with no energy left at all.

All the rocks thrown by Lalgambook at Tarrengower can still be seen today and have formed what is known in the present day as the Guilford Plateau where the Jaara people would perform ceremonies on the Bora grounds also known as Yapene.”

Re-told by Justice B Nelson – Dja Dja Wurrung, Jaara
Content in Culture Victoria is free for educational use.

Copyright of this story
The writers, photographers and the State of Victoria

In Game of Thrones men have maintained a watch on the wall for thousands of years. The fire tower on top of Mount Tarrengower has been consistently manned by firespotters, long term occupants of the tower, since the days of Oliver Ralph in the 1950’s. Most recently Peter Skilbeck has been on the watch!

The Advance Maldon Association brought the tower that stand on the top of Mount Tarrengower from Bendigo to Maldon to attract visitors to the area after the goldmining had almost ceased. The tower was originally the poppet legs of the Comet Mine in Bendigo, and was brought to Maldon by rail in 80′ (24m) lengths. It was carried up the mountain on a timber jinker drawn by a team of horses, along a track cut from Butts Reserve to the summit. A Mr. William Adams put up the money for the project, approx. 600 pounds. During the Maldon Easter Fair, held annually since 1877, the lookout tower is illuminated. Prior to the 1950s, this was done by wiring up over 100 makeshift lanterns, using stone ginger beer bottles, hemp wicks and kerosene. The bottles were hidden in a disused mine shaft until the next Easter.
Source: Fire Lookouts Downunder

The viewing distance from this tower is up to 100 km in all directions, except northwards to Bendigo and Mount Alexander where it is about 30 km.

Take the time to visit Mount Tarrengower and the cheeky younger volcano across the way. Learn about the spirits of volcano’s and draw upon their energy.

This page is only meant for educational use! 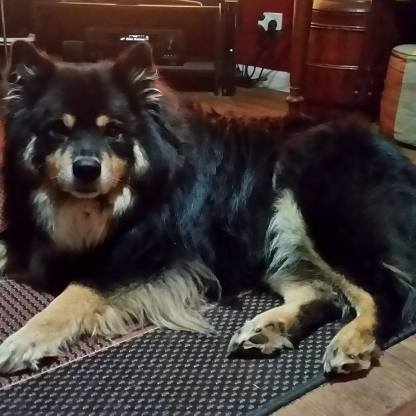 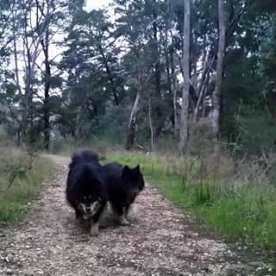 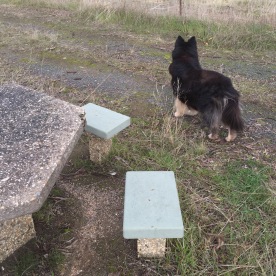 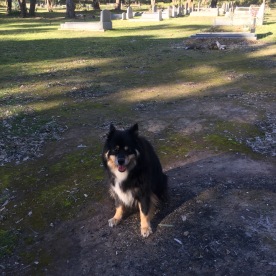 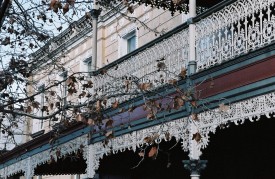 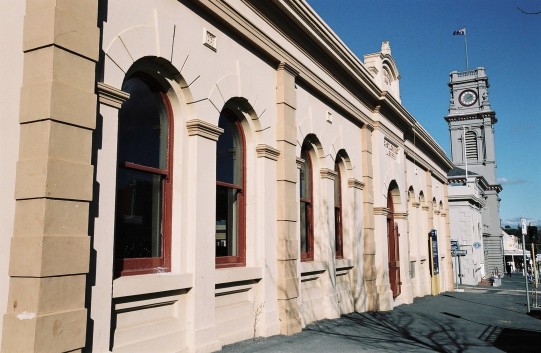 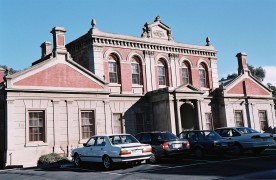 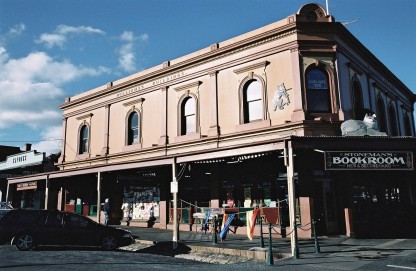